Contribution to a decolonial history of the science of light: for inclusive and diversified knowledge in physics 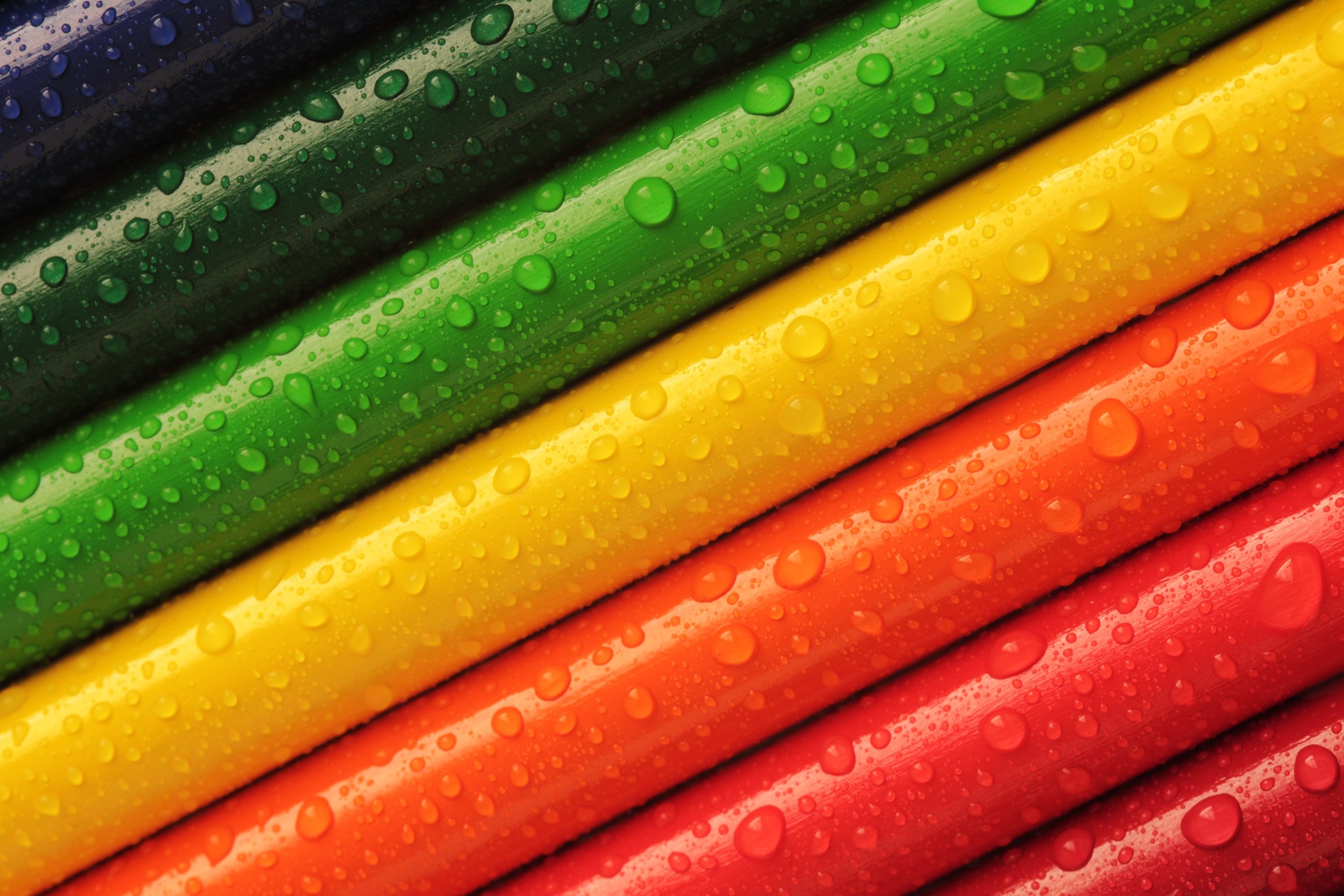 Gary Gissen
Independant Scholar
The following text is the result of a research undertaken in a history of science seminar. The author sent it to us under a pseudonym because he says he is too fragile to withstand predictable criticisms from white researchers.

For too long the sciences have been afflicted by prejudices and racial biases. In this context we can only congratulate de Social science and research Council of Canada (SSHRC) for its innovative action and courage in providing a grant of 165 000$ to the recently announced project directed by Concordia University professors on “Decolonizing light”, which aims at “tracing and countering colonialism in contemporary physics”. For despite the good will of the many scholars who have tried over the past centuries to understand the nature of light and colors, the fact remains that their view of the world was biased by numerous overt and implicit bias.

The vast task of deconstructing – in the tradition inaugurated by Jacque Derrida [From his immense œuvre we retain here his Histoire du mensonge. Prolégomènes, Paris, Galilée, 2012] – the Western colonial, and essentially white and christian history of science will have to be a collective, inclusive and intersectional endeavor. It offers an opportunity to bring to light contributions from racialized scholars who have hitherto been invisibilized and rejected as illegitimate “truth-bearers” by the official history of Western science. Indeed, as recent scholars have pointed out, “physics is a white male dominated field and, thus, a mirror of colonial patterns and social inequality”. As such, it is important to contribute to the writing of a different, more inclusive history of light and colors that breaks the whitish and masculinist hegemony that has dominated the writing of the history of science.

In this brief essay, I propose to revisit how some of the so-called « great thinkers » retained by official historians have in fact projected in their allegedly universal and objective « science » multiple prejudices, be they theological, racial, political or gendered [Mohanty, Chandra T. Feminism Without Borders: Decolonizing Theory, Practicing Solidarity. Durham, N.C.: Duke University Press, 2003]. The official history of science having until now been essentially written by white and overwhelmingly male researchers — confirming the idea that official history reflects the values of dominant groups –, we need to use dialectics to overturn the dominant interpretations. I acknowledge that some of the interpretations discussed in this essay are exploratory and bold, but I aim to provide insights into how a generative narrative of science can easily be structured by using, in a decisive Foucauldian manner (1987, 1995), Western history against itself.

This first essay would therefore like to contribute to the writing of a new history of light and colors that will break the whitish and masculinist hegemony that has dominated the writing of the history of science for several centuries. We propose to paint a first picture recalling how some of the “great thinkers” retained by official historians projected into their supposedly universal and objective “science” multiple subjective prejudices, as much theological, political, racist as gendered. The history of the sciences having until now been written mainly by white, cisgender and especially male researchers, in a confirmation of the old idea according to which history is written by the winners, we must here use irony and dialectic to overturn, as Foucault often did, the dominant interpretations while starting from works whose aim was antithetic to ours.

What is less known, and even often denied, is that this color theory was in fact based on an unconscious racial bias that led this theologian to explain color by two opposing principles: glow and dark. White light was for him the result of the equilibrium between these two principles and, conversely, the different colors were a perversion of whiteness. He created a “whiteness scale’” that went from red (the most brilliant color) to purple and black, the latter embodying darkness, i.e. nothingness. White was seen as the norm and constituted the right path to follow, while the colors appeared, when refracted in a prism – a device used by Thierry – as a gradual deviation from this straight path.

In this normative vision of nature, colors held a moral significance. Not surprisingly, black was conceived as an extreme evil deviation from the righteousness embodied in white, which was naturally associated with the origin of the universe in the Fiat Lux of Biblical Catholic Cosmology, something which must not have escaped von Freiberg, an influential member of the Dominican order. Being a medieval scholar, the author had not yet knowledge of what later colonial invaders of a supposed “new” world would call “red skins”, a notion which would have otherwise been assuredly used to provide moral support for von Freiberg theory of colors as “deviations” from the straight path of whiteness.

Descartes: a non-essentialist conception of colors

According to our present knowledge (heavily biased, remember) we have to wait three centuries to see René Descartes, another white male European, although less biased by Catholic theology, propose a more « constructivist » conception of colors. For Descartes, colors have no essence and therefore do not really exist as independent and substantial entities. Indeed, for him, color result from the interaction of light with matter.

We see here emerge, perhaps for the first time, a vision of colors that could be qualified as culturalist because they only emerge in interactions. They are not immutable and substantial. Descartes may, inadvertently, have hit upon a first intuition, still inchoative, of what would be a truly intersectional conception of colors. But, being a soldier under the orders of the Duke of Nassau, and thus part and parcel of a colonial world then in rapid expansion, Descartes remained blind to the true meaning of the fluidity of light colors. His highly original ideas could have challenged Europe’s Weltanschauen and constituted the basis of a more constructivist and interactionist understanding of light if it were not for an English scholar called Isaac Newton. Newton replaced Descartes’ theory with an essentialist conception that froze each color in an immutable essence and thus rejected the flexibility of the Cartesian interactionist view of light. It is not a coincidence that his theory developed at the height of British colonialism and embodies strong political and gendered biases.

Newton: The rainbow and the colonial whiteness of light

Newton, considered in the West as a genius, was above all a white, Protestant, snarling, bachelor and authoritarian male scholar. Some believe that his personality traits, which have grown worse with age to the point of making him a true dictator at the head of the Royal Society of London, are explained by the fact that he was gay and repressed his feelings of love towards Fatio de Duilliers. This hypothesis, quite plausible according to some of the best historians [Frank Manuel, A Portrait of Newton, Cambridge, Mass, Harvard University Press, 1969], suggests a daring, yet very plausible thesis according to which his fascination for diversity and multiple identity was reflected in his theory of light.

At a time when he himself had to keep secret not only his love for Fatio but also his anti-Trinitarian religious convictions, which were contrary to official Anglican doctrine, it is not absurd to think that, consciously or not, he had been attracted by the diversity of the colors of the rainbow (which, centuries later, will become the symbol of LGBTQIA + culture [Higgs, David (1999). Queer Sites: Gay Urban Histories Since 1600. Psychology Press. p. 173]). Like von Freiberg four centuries before him, Newton used a prism to reveal that behind the apparently immaculate white symbol hides the great diversity of the colors of the rainbow, diversity until then invisibilised by male, colonial and white domination. In doing so, Newton sublimated his feminine side and especially his love for Fatio. This fascinating point of view would explain – and largely excuse – his erratic and often dictatorial behavior towards his fellow English aristocrats.

Despite this potential openness – and even virtual as no one could then imagine the ultimate cultural significance of his conception of the rainbow – Newton nevertheless replaced Cartesian interactionism with a completely essentialist conception of colors that again relegated “black” to non-being, to absence. In short, “black” lost the legitimacy of being a true color. At the service of the British colonial maritime empire, Newton [B. Hessen, Les Racines sociales et économiques des « Principia » de Newton. Une rencontre entre Newton et Marx à Londres en 1931, trad. et éd. S. Guérout, postface de C. Chilvers, Paris, Vuibert, 2006] defined black as not only the opposite of white, but moreover as an absence of color. He denied by extension the existence of Blacks and thus symbolically, ontologically, and scientifically justified slavery.

Even an unconscious theology creeps into his theory which recognizes only seven colors, a highly significant number reminiscent of the seven days of biblical creation. In this regard, scholars more critical of Newton rightly recall that the number seven is also the symbol of the seven deadly sins, pride being often presented as « the prince of sins. » This raises the possibility that in fact Newton is attacking, in a form of self-hatred, the idea of pride associated with the rainbow. In fact, he seems rather ambivalent on this question, as he was about the nature of gravity pretending to « feign no hypothesis ».

White people seeing themselves as the “kings” of Earth and of the universe, they projected their dream of total domination unto the idea that the white color was the sum and synthesis of all other colors. White and, by logical extension, white people constituted, according to this substantialist theory, the only legitimate and “enlightened” representatives of humanity.

As clearly indicated by Concordia’s team of researchers who lead the project on decolonizing light, the dominant narrative “both constitutes and reproduces inequality, which is reflected by the underrepresentation of women, racialized people, and Indigenous peoples in physics”. In this essay, we have insisted only on a handful of scholars. Many other figures will have to be revisited in order to truly deconstruct and decolonize the dominant history of light and color. This essay is thus only a timid first step towards a radical rewriting of the history of science that will finally do justice to gender and racial diversity but may also renew the physics of colors itself by questioning its substantialist ontology [Mignolo, Walter. Local Histories, Global Designs: Coloniality, Subaltern Knowledges and Border Thinking. Princeton: Princeton University Press, 2000]. For it is only through the new decolonial “prism” (if I may use that analogy) that we will finally be able to take the true measure of a science too long repressed by an undisputed colonial domination.

Despite centuries of white scientific domination to which, in an incredible intersectional collaboration, some white women, unfortunately, also contributed (mention only here the Marquise du Chastelt in the 18th Century), it is empowering to note that it is to the just and fierce struggles of many dominated racialized groups since the 1960s that we now owe the new discoveries which are currently disrupting established physics. They underscore the central role that blackness plays in the universe: dark matter, dark energy and black holes, have now become legitimate concepts. In particular, in the counter-narrative that is crucially needed, an important research priority will have to be given to the history of the discovery of « black light », which has been neglected for too long.

There is still enormous work to be done – which will need to be inclusive, equitable and diverse – to completely decolonize the so-called « hard » sciences, for they are indeed tyrannical in their mythical belief in objectivity, which, as we know too well, not only denied the ontology of the black color but transformed slaves into movable, sold, bought objects; and ultimately disposable. All this in the name of « Science ».